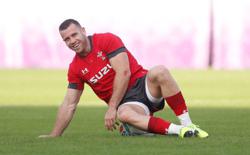 (Reuters) - Wales coach Wayne Pivac has opted for midfield muscle and selected Jonathan Davies to play at inside centre alongside George North in the Six Nations clash with England at the Principality Stadium on Saturday.

Davies will make his first appearance of 2021 after being recalled to the side, while North, 28, is set to become the youngest player to reach 100 test caps, most of which have come on the wing.

"Saturday is a great milestone for George, it is a huge achievement at his age and we are looking forward to seeing him in action," Pivac said in a media release from Welsh Rugby on Thursday.

Number nine Kieran Hardy and Dan Biggar will make up the half-back pairing, with wingers Josh Adams and Louis Rees-Zammit alongside Liam Williams in the back three.

Flanker Josh Navidi will return from injury alongside Justin Tipuric and number eight Taulupe Faletau, while Pivac has opted to keep the same tight five that edged Scotland 25-24 in a thriller at Murrayfield on Feb. 13.

"We’ve had a great two weeks leading into this game and we are looking forward to Saturday," Pivac said.

"We continue to build and we know there is plenty left in us in terms of improvements from the opening two rounds. We are two wins from two games, but we want to continue to improve performance wise."

Wales beat Ireland 21-16 in their Six Nations opener and are level on nine points in the standings with leaders France.

England beat Wales 24-13 when the teams last met in Llanelli in the Autumn Nations Cup in November. 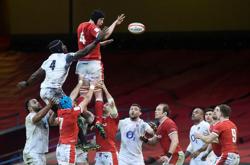 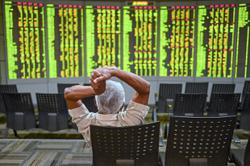