Watson in as seasoned England face fledgling France in final 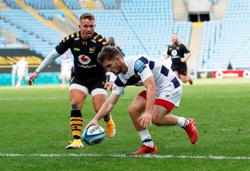 LONDON (Reuters) - Anthony Watson will replace injured Bath team mate Jonathan Joseph on the wing in the Nations Cup final on Sunday as the most experienced England team ever to take the field face a France side boasting only 68 caps between them.

Watson, who overcame his own injury to start on the bench against Wales, came on for Joseph when he suffered a calf injury early in the second half of that 24-13 win in Llanelli. His inclusion is the only change from that match.

Centre Joe Marchant is also back from injury and gets a place among the replacements along with Max Malins, as Ollie Lawrence misses out. Ben Earl is preferred to Jack Willis as the back-up flanker but there is no place for Joe Marler, as Ellis Genge and Will Stuart provide the front row cover.

In contrast France, who beat England in their opening game of the Six Nations in February, have a side packed with youthful promise, 14 of them tallying 38 appearances between them along the relatively veteran fullback Brice Dulin's 30. The new-look team with an average age is 23.8 years is the result of the agreement between clubs and the national union that no player could be involved in more than three of their autumn matches.

England coach Eddie Jones said it was no advantage. "No one gets a head start, it's all square when we run out there on Sunday."

"We know the French are capable of great things. They've got great depth in their Top 14. You just have to look back at 2009 when they went on tour to New Zealand. In the first game of that series they didn't have a lot of their senior players available and they won that test.

Jones said he also had an eye on developing a team for that tournament.

"Our average age at the last World Cup was 27.7 and now it's 26.9, so we are rebuilding the team, but we are doing it in our own way," he said. "If you just look at the guys who are coming through on our bench, it's exciting for England rugby that we have the depth pushing the guys who are starting for us."

Jones also referenced the 2019 World Cup final defeat when talking about his preparation. "We've changed the training week to make sure we are at our absolute best on Sunday, we probably learnt a little bit from the World Cup where we felt in retrospect we probably under-prepared for the final."

Sunday's game will be England's first in front of fans since March, with 2,000 allowed into Twickenham. Around 400 tickets have been donated to National Health Service workers. 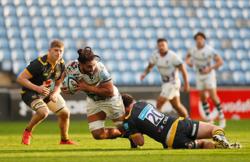 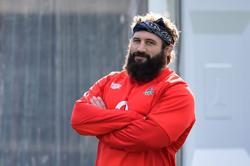