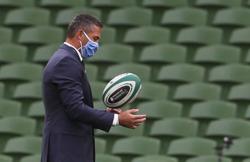 ROME (Reuters) - Italy's teenage scrumhalf Stephen Varney is ready for the rigours of test rugby, coach Franco Smith, but it is a bonus he will make his first start behind closed doors on Saturday.

The 19-year-old will face Wales in the Autumn Nations Cup in Llanelli on Saturday in a poignant appearance against the country of his birth.

The Welsh-speaking Varney, who plays for Gloucester, is from Pembrokeshire. His father played for Neath and his mother was born in west Wales to Italian parents.

He has played for Italy’s junior teams for the last two years, including a win at Under-20 level over Wales in Colwyn Bay in January.

"If you are good enough, you’re old enough. He’s put up his hand and we are going to give him a run," Smith told reporters on Thursday.

"It didn’t matter who were playing this weekend, the time was right to introduce him.

"He’s got to collect as many caps as he can to make him as confident and experienced as possible at this level."

Smith said it was only natural the occasion could prove emotional for Varney.

"The more you talk about it, the bigger an issue it becomes. He’s very level headed and has an excellent work ethic.

"What he needs to do is think through what he has to do, his approach and I think he will exclude all the outside factors," Smith added.

"But it will be beneficial there won’t be any crowd in the stadium to allow him to find his feet. I’m happy for him we are not playing at a packed Millennium Stadium," Smith added. 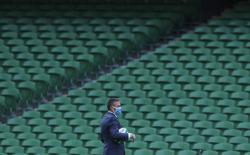