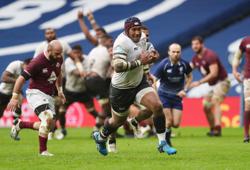 (Reuters) - Injury has ruled out Georgia loose forward Beka Gorgadze prompting changes to their side for their final Autumn Nations Cup game against Fiji at Murrayfield on Saturday.

Coach Levan Maisashvili on Thursday made two changes to the forward pack and one among the backs from the side that lost 23-10 to Ireland in Dublin last Sunday.

Sandro Todua comes in on the wing in place of Tamaz Mchedlidze while Tornike Jalagonia moves to number eight in place of Gorgadze, who has a knee injury, with Otar Giorgadze coming in on the flank.

At lock, Kote Mikautadze returns after a rib injury to replace Nodar Cheishvili.

“We selected the players who are best prepared for the game at the current moment. Unfortunately, we also have some injuries, which obviously influenced the selection process, and it is very unfortunate that we will lack such a leader as Beka Gorgadze. He is a huge force behind the team,” Maisashvili said.

“Young Tornike Jalagonia, who performed exceptionally well against Ireland, will prepare to start instead of him on Saturday. This game will be the perfect opportunity for him to grow.

“I am very happy to have Kote Mikautadze back in lineup, as he recovered from the injury picked against Wales. Overall, the team is well balanced." 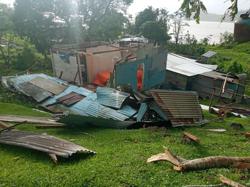