Sale's final Premiership match against Worcester Warriors last month was postponed as a result of the outbreak and then cancelled to end their hopes of reaching the playoffs.

The COVID-19 positives followed their Premiership Cup final win over Harlequins on Sept. 21, with British media reporting some members of the team had gone out socialising in Manchester.

"It is accepted that most, if not all, of the Sale Sharks' squad returned to their training ground at Carrington following the match," the RFU said in a statement after an independent compliance audit.

"They were joined by members of the club who had been specifically PCR tested in order to attend. The nature of the event was to celebrate the cup final win and the passing of a long-serving staff member.

"No evidence has been found to show that any player or member of club staff left the Carrington training ground and went to any other venue apart from their home."

The RFU said that there were no grounds to bring charges, either under RFU rules or the COVID disciplinary framework, against Sale or any individual associated with the club. 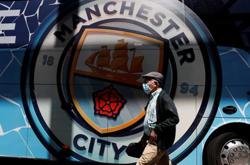