(Reuters) - Owners of clubs in rugby's Premiership have said teams could go bust and the professional game may cease to exist if the government does not provide financial aid after its U-turn on allowing fans at stadiums amid the COVID-19 pandemic.

British Prime Minister Boris Johnson told parliament that, as part of new restrictions to tackle a second wave of COVID-19, the government was putting on hold plans for 25%-33% capacities from Oct. 1.

The decision has hit Premiership clubs particularly hard as they were budgeting for being allowed a limited number of fans for the start of the new season in November.

"The implications of no crowds and no revenues without aid will be terminal for some of the Premiership clubs and catastrophic for their communities," Bath owner Bruce Craig told the Times.

Newcastle Falcons owner Semore Kurdi painted a bleak picture of the future for his club.

A coalition of over 100 sports bodies -- including from tennis, rugby and soccer's Premier League -- have asked Johnson for emergency funding, and Gloucester owner Martin St Quinton said a bailout was essential.

"You cannot underestimate what has happened. Without a government bailout, club rugby is now unsustainable," he said.

Simon Orange, co-owner of Sale Sharks, said clubs were losing more than 1 million pounds per month and running out of options to stay afloat.

"Club rugby was hardly viable beforehand; with coronavirus it's much, much worse; without crowds it's impossible," he said.

"We are all working on our cashflow and working out how long we've got to survive." 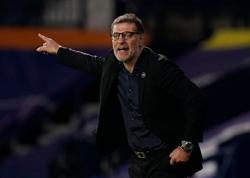