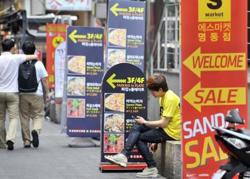 Just ask national rugby player Mohd Fairuz Abdul Rahman and he’ll tell you how much effort it takes to do well in both.

The environmental health assistant officer with the Health Ministry in Alor Setar even had to skip playing in the prestigious Asian Rugby Championship (ARC) last year because of work.

Fortunately, Fairuz will be featuring in this year’s edition, thanks to the ministry for giving him leave to do so.

“It’s a dream come true for me to play in the top-flight Premier Division tournament,” said Fairuz.

He added that the challenge would be on them to put up a strong challenge against stronger teams like South Korea and Hong Kong.

“But this year, we’re more than ready to give both the teams a run for their money as we’re powered by national skipper K. Dinesvaran and a few Fijian players.

“We also have a good coach Bradley Moni Mika, (a former All Blacks player),” said Fairuz, who has never played against South Korea and Hong Kong in his 12 years with the national team.

Fairuz is also honoured to be the first player to be named the best player in the Malaysian league three times.

“It feels really nice as it’s not easy to plan your time between work and rugby. But I’m happy that I managed to do it.

“Although I’m already 34, I want to continue playing for the country as long as I can,” said Fairuz.

Fairuz, who plays as a standoff, also helped Malaysia win the Asian Rugby Championships Division One title twice in Kuala Lumpur in 2016 and in Ipoh in 2017.

In preparation for the ARC Premier Division, which begins on May 18, Malaysia will play a Test match against Sri Lanka at the National Stadium in Bukit Jalil tonight at 8pm.