(Reuters) - France's Six Nations match against Scotland in Paris will go ahead on Sunday as planned after the hosts reported no further positive COVID-19 tests for a second consecutive day, tournament organisers said on Wednesday.

There had been doubts cast over the match after five more France players were found to be positive in tests conducted last Sunday, bringing the total to 10.

However, earlier on Wednesday the French Rugby Federation (FFR) said there were no further cases detected for a second straight day, allowing the Six Nations Testing Oversight Group to confirm the match will go ahead.

"Further to a meeting of the Six Nations Testing Oversight Group (TOG) this morning to review the latest test results of the French Squad, the Six Nations confirm the plans to stage the France v Scotland match as originally scheduled this coming Sunday," organisers said in a statement.

"We continue to monitor the situation very closely and are in regular contact with both unions."

France have resumed contact training on Wednesday but the FFR said it will conduct daily COVID-19 tests until Sunday.

The players that tested positive have all been replaced in the 31-man squad.

France lead the standings with two wins from two games, ahead of Wales on points difference, as they seek to lift the Six Nations title for the first time since 2010.

(Reporting by Hardik Vyas in Bengaluru; Editing by Jon Boyle and Christian Radnedge) 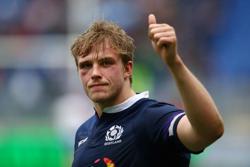 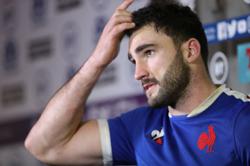