Rafiq and Ridzuan the top winners at SAM-100PLUS awards 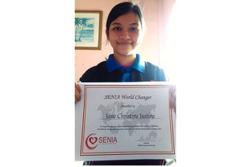 One for the album: Muhammad Rafiq Ismail (right) and Mohamad Ridzuan Mohd Puzi posing for the camera after winning the SAM Best Athlete and Best Paralympian awards respectively. — IZZRAFIQ ALIAS / The Star

Rafiq was named Best Athlete while Ridzuan picked up the Best Paralympian gong.

The award was presented to the King in his father’s absence.

The 22-year-old Rafiq enjoyed a memorable 2018 by winning the men’s singles gold medal at the World Bowling Championship in Hong Kong, becoming the first Malaysian to achieve the accolade in 39 years.

The Selangor-born Rafiq also had a sensational outing at the 2018 Indonesia Asian Games, winning the gold and silver medals in the Masters and men’s trio event.

He also emerged the national champion for the second time after first winning it in 2015.

“I’m grateful for this award. The other candidates are among the top athletes in the country and the world, so it’s really an honour to win. It’s an honour to receive the award from the King. This is a moment that I cherish forever,” said Rafiq.

Meanwhile, Ridzuan earned the Best Para­lympian Award for the second time since 2016.

The Perlis lad was a smash hit at the 2018 Asian Para Games when he broke the world record in the men’s 100m T36 (cerebral palsy) and the Asian Games record in long jump en route to winning a total of three gold medals.

The 31-year-old also picked up the 100PLUS Fan Choice award.