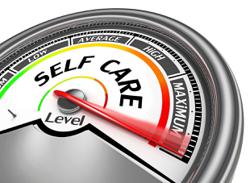 KUALA LUMPUR: Malaysian tower runner Soh Wai Ching has been handed a morale boost in his bid to take his career to greater heights this season.

The announcement could not have come at a better time for Wai Ching as he’s sourcing for funds to cover his 25-race competition expenses.

Wai Ching only raced twice to date in the 2018/19 season, one of them being finishing a commendable second in the 2580-step Canton Tower Run Up in Guangzhou, China.

“We are extremely proud to have been a part of Soh Wai Ching’s success in tower running. He is a driven and determined athlete and we believe in his talent,” said Aileen.

“When we first offered Wai Ching sponsorship of Beet It Sport in December 2017, his world ranking was at 62nd. In such a short span of time, he is now ranked fifth.