Carlson, who is the eldest son of Gracie jiu-jitsu co-founder Carlos Gracie, fought jiu-jitsu and MMA contests from the 1950s to 1960s before turning to coaching and producing past world champions like Mario Sperry and Ricardo Liborio.

“This is the second time master Carlson has held his seminar in Malaysia. He returned for a vacation and my coach arranged a seminar with him,” said Ann, who has a 5-3 fight record, yesterday.

“I’m always looking at ways to improve my skills as a martial artist, so I took the opportunity to learn from one of the best BJJ coaches in the world.

“I think my grappling skills and ground game have improved after the seminar. The skills I have learned will definitely be an advantage for my next fight in August.”

The ONE Championships are expected to name the fight card for the Quest for Greatness next month.

Ann made her name as the Malaysian MMA queen with wins over former World Boxing champion Ana Julaton of the United States and Egyptians Aya Saber (2014) and Walaa Abbas (2015).

The 31-year-old Ann suffered her first home defeat at the hands of Russian Irina Mazepa on Oct 9, 2015 but bounced back to beat Egyptian Haiat Farag Youssef last year before suffering her second home loss to April Osenio of the Philippines.

The Kota Kinabalu local then bounced back with a win over Cambodia’s Vy Srey Khouch at the ONE Championships Throne of Tigers bout on home ground on Feb 10. 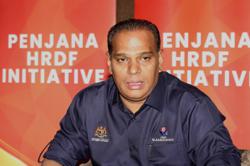