AFTER 22 years, the SEA Games are finally back in Singapore.

And the island republic welcomed South-East Asia into its home and hearts with a captivating opening ceremony of the 28th edition of the Games with the biggest celebration yet at the National Stadium in Kallang yesterday.

The opening ceremony, centred on the theme “Celebrate the Extraordinary”, began with the Big Singapore Welcome featuring a blend of cultural dances – lion dance and Chinese drums, barathanatyam, dikir barat and the Eurasian-inspired Branyo dance called jingkil nona – set against the iconic tune of Singapura. The ceremony went into full swing with the arrival of Games mascot Nila, which came flying in just before the athletes marched in.

Malaysia's 180-strong contingent of athletes and officials were the fifth to walk into the stadium, led by archer Khairul Anuar Muhammad and 10-Games veteran diver Leong Mun Yee, who hasn’t missed any of the Games since her debut in 1995 in Chiang Mai.

The duo were given the honour of carrying the Jalur Gemilang as they were welcomed with a bellowing chorus of “Hello Malaysia, welcome to Singapore!” from the 40-000-capacity crowd. 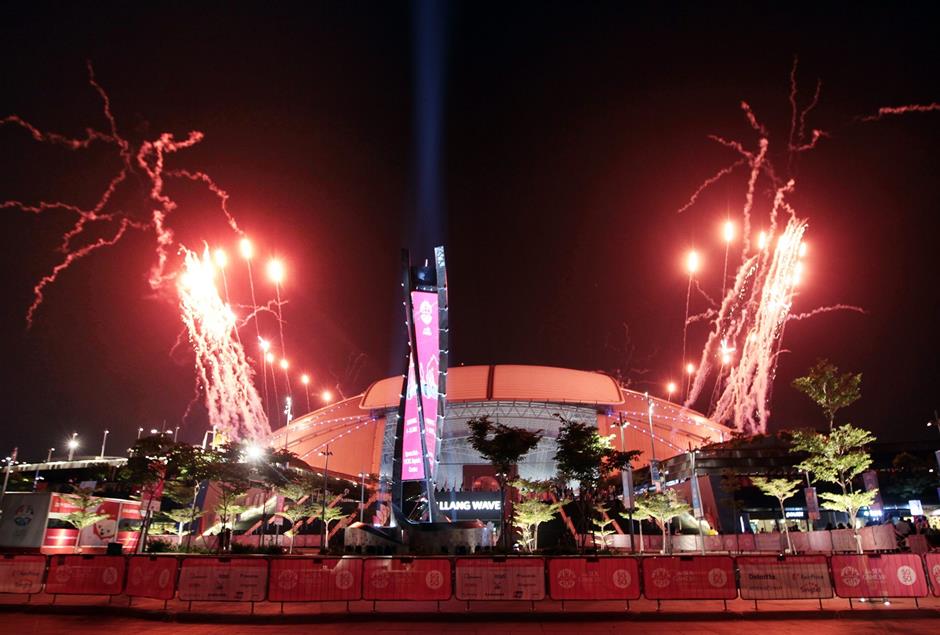 An inspiring video tribute of its founding father, the late Lee Kuan Yew, championing the importance of sports was played before the opening address by Singapore’s Culture, Community and Youth Minister Lawrence Wong, who is also the chairman of the organising committee.

Singapore President Tony Tan then declared the Games open. This was followed by a 30-second burst of fireworks.

The 5,000 performers and volunteers then got the five-act show under way in what was a perfect blend of celebrating the past, present and future.

The first act was truly a feast for the eyes, with five larger than life LED animal puppets and the imaginative use of projections and LED costumes in “DNA”. 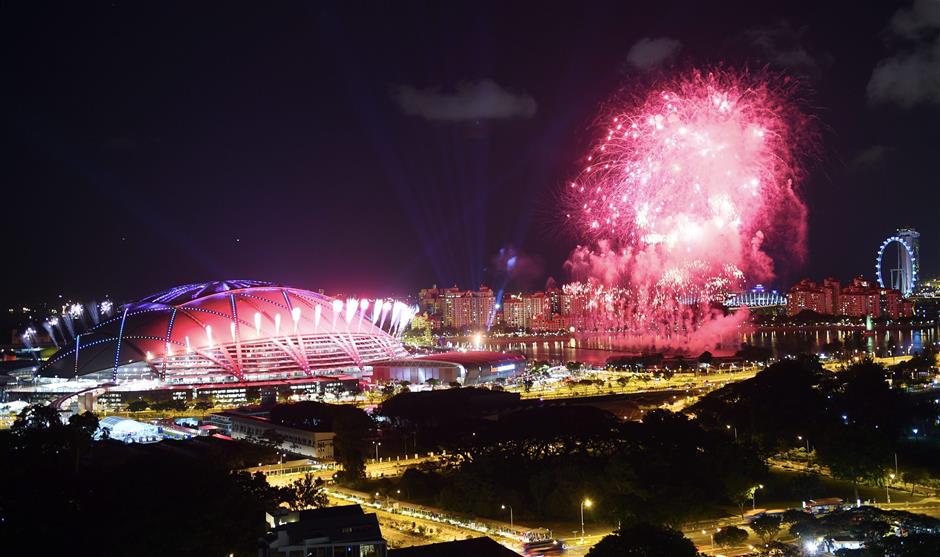 Singapore’s favourite son Fandi Ahmad and his son Irfan then ran the final leg of the torch relay and lit the Games’ torch.

Apart from hosts Singapore, this edition of the Games will feature 10 other nations – Brunei, Cambodia, Indonesia, Laos, Malaysia, Myanmar, the Philippines, Thailand, Timor Leste and Vietnam – competing in 36 sports.