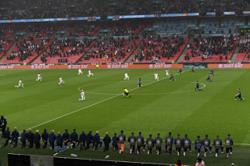 KUALA LUMPUR: He was the man responsible for grooming world No. 1 Lee Chong Wei, and now former national coach Li Mao is back to unearth the next generation of badminton stars.

And he firmly believes the next Chong Wei is just waiting to be discovered.

The Chinese coach has taken the helm at the Kawasaki Badminton Club with former singles shuttler Yeoh Kay Bin assisting him in his quest to mould young talents from all around the world.

The club will train players from the grassroots to elite level.

“Our concept is simple – to invest our time and effort to produce quality players. Our aim is to discover and mould talented players,” said the 53-year-old Li Mao at the launch of the Kawasaki Badmintion Club at the Park Royal Hotel yesterday.

“We want players who have the talent, passion for the game and fire in the belly and develop them into world class players,” he added.

Li Mao, who coached Malaysia for 15 months before leaving in 2007, also enjoyed stints in China, South Korea and Indonesia.

While this venture provides a different challenge for the no-nonsense coach, he is relishing the prospect of working with young talents.

“The last time I was here, I was involved with the national team. So now to focus on any player at the club with my expertise will provide a different challenge for me,” said Li Mao.

“We just started this venture and our main target is to produce a top-class player in one or two years’ time and to raise the level of badminton not only in the country but also the world,” he added.

The first test for Li Mao’s charges will be at the Vietnam International Challenge in Hanoi next week. 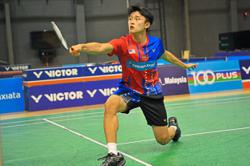