The other match is between MSS Penang-USM and MSN Johor and it will also be played at the same venue.

MHS assistant manager R. Manogaran said that they had a young team of players with an average age of 15 while their opponents are an experienced side with players who are older by three years.

“We have never played in Division One since making our debut in the MJHL in 2003. I doubt we can make the grade. We are in the league for exposure and our aim is to qualify for Division One in two years’ time,” he said.

TBS coach M. Vivekananda said that they were not going to take MHS lightly.

“My boys have been playing together in school tournaments for five years now and we are ready to give our best to reach the final,” he said.

“I am banking on our three forwards, Mohd Ikwan (Ishak), Mohd Asraf (Zulzazli) and Mohd Shair (Arif), to deliver the goals in the semi-final match.”

The final will be played on Sunday at the same venue.

The top two teams from Division Two not only gain promotion but they will also get to join the top six teams in Division One in the knockout competition for the overall title starting on May 13. 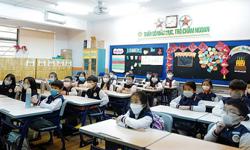 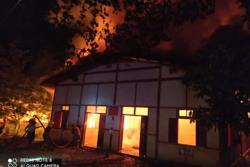