The affordable British-built sportscar, launched in 1957 and still raced around the world, was designed by Colin Chapman – founder of the original Team Lotus – before he ended production and sold the rights to Caterham in 1973.

“Caterham Cars has remained wholly faithful to Colin Chapman’s philosophy of ‘less is more’, and the DNA of the original Seven can still be traced to the newest additions to Caterham’s product offering,” said Fernandes.

“It is already a successful business with sales across Europe, Japan, Australia and the Middle East,” he added in a statement issued while Team Lotus carried out a straight line test at Duxford airfield in eastern England ahead of next week’s Turkish Grand Prix.

“Under the guidance of the existing management team, we now have all the ingredients and the launch pad to further evolve that spirit and take Caterham to new exciting horizons with innovative products and greater global brand exposure.”

“We will remain entirely true to the philosophy that we, as custodians of one man’s motoring concept, have protected for nearly 40 years,” he said.

The announcement comes at a time when Team Lotus are locked in a legal battle with Malaysian-owned Group Lotus and carmaker parent Proton over the use of the evocative Lotus brand name in Formula One.

The London High Court is due to make a ruling next month, and the Caterham deal would also give Fernandes another marquee to promote should the decision go against him.

Fernandes, who also runs the AirAsia budget airline, renamed his team last year after a debut season as Lotus Racing under a licensing agreement that Proton subsequently terminated.

Formula One’s original Team Lotus was created by Chapman in the 1950s and became one of the most successful in the sport with 79 race victories and seven constructors’ titles before folding in 1994.

The car company and team were in common ownership until 1994 when David Hunt, brother of the late champion James, acquired the rights to the Team Lotus name from the liquidator, selling them on to Fernandes last year.

Group Lotus, who question the validity of those rights, have ambitious plans of their own after entering Formula One this season as partners and title sponsors to the Renault team.

To add to the confusion, French car manufacturer Renault provides engines to both the team that carries their name and to Team Lotus. — Reuters 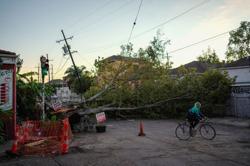