Rossi: I could have been a good Formula One driver 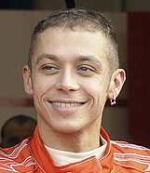 MUGELLO (Italy): MotoGP world champion Valen­tino Ros­si (pic) said on Thurs­day he could have been a good For­mula One driver if he had made the switch three years ago.

Rossi tried out Ferrari’s 2008 F1 car at the Mugello circuit as a gift from the Italian team after his eighth motorcycling world title.

He had serious tests for Ferrari in 2005 and 2006 but decided to stick with two wheels.

Rossi managed a fastest lap of 1:22.5, less than two seconds behind recent times recorded by Ferrari drivers Felipe Massa and Kimi Raikkonen on the same track.

Wearing his distinctively-coloured helmet, he was roared on by around 1,000 fans and could have gone faster had his 51-lap run not been cut short by an approaching thunderstorm.

The chances of Rossi ending up in Formula One look to have gone but the 29-year-old has talked about the possibility of moving into rallying permanently when he finishes with MotoGP.

The Italian was second in the Monza rally last weekend and is due to race in the British round of the world championship next month.