Ronaldo: I will not leave

“No-one has the intention of jumping ship,” said Ronaldo as Real slipped to another home defeat on Wednesday, 2-1 to Racing Santander which left them in fifth place and 11 points behind leaders and bitter rivals Barcelona ahead of the two-week winter break.

“I read in a newspaper that I had discussed with Arrigo Sacchi (the former sporting director of the club) about leaving. I never had this discussion in that spirit.

“We were looking for solutions to the problems,” the striker told radio Cadena Ser. – AFP 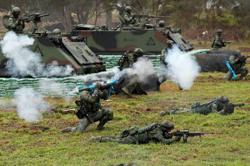