It will be a loud and happy Deepavali for Selangor's Gunalan

The 24-year-old Gunalan, a member of the Red Giants’ treble-winning run this season, said that he would share the joy of winning the Premier League, FA and Malaysia Cup titles in a big way with his teammates and friends tomorrow.

“There is a big reason to make a lot more noise this time around,” said an excited Gunalan.

“We have worked hard and now is the time to celebrate Deepavali with a grand party for my friends. Our success in winning the treble was no ordinary feat.

“We have regained the glory days for Selangor and I thank God for the successes and pray for many more happy years to come.”

In fact, Gunalan has seen the best and the worst of Selangor. Now that the good times are back, he hopes that the Red Giants will keep it on a roll.

Gunalan joined the team in 2003 and for two seasons, there was no joy for him. Selangor failed in the defence of the Malaysia Cup in 2003 and the following season failed to qualify for the inaugural Super League.

“When I first joined the team, it was not the Selangor that I grew up with,” he said.

“Selangor were going through a bad patch. For two seasons in the league, we played to empty stadiums. The festive celebration for me was held on a low key ... there was nothing much to shout about.”

The youngest in a family of five siblings, Gunalan said that he had to work overtime again to prepare for the new season and fight to retain his place in the team.

“The competition among players for places in the team will be keen. It will be much harder getting a first-team place this time,” he said.

“In fact, I was lucky to get my break into the first team after centreback Ahmad Tharmini Saiban was forced out by injury.

“I am glad that I justified my place in the team and did not let down coach Dollah Salleh during the last seven games of the season.

“I maintained my first-team place, including playing in the FA and Malaysia Cup finals.”

Gunalan, who has featured twice in the national team in World Cup qualifiers last year, will be vying for places in the team for the new season with Ahmad Tharmini, Nazrulerwan Makmor and D. Surendran.

The FA of Selangor (FAS) have also announced that they will look at hiring a foreign player to beef up the defence.

Selangor will play in the season-opening Charity Shield match against Perak at the National Stadium in Bukit Jalil on Dec 3. 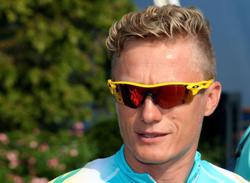 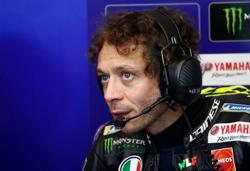