LONDON: Paula Radcliffe, the fastest woman marathon runner in history, says athletics is winning its battle against the drug cheats.

The Briton, who returned from injury by winning the women's 10km road race in London on Sunday, said the positive test of American sprinter Kelli White at the world championships was “unfortunate” but proved that the testing procedures are improving.

White tested positive for a stimulant called modafinil and may be stripped of the gold medals she won in the 100m and 200m.

“It was unfortunate a story like that had to break during the world championships and in a way overshadow it and give it a negative outlook,” Radcliffe told BBC radio.

“But what we have to look at the positives and that the drugs tests are working. The thing I've been working towards is that we have a testing system that we can believe in and the people watching the sport can believe in.

“It's important for the athletes to believe they are competing on a level-playing field and to prove performances are clean when people do a great performance.

“We are moving in the right direction. We're not totally there yet, but every year we get closer.” –AFP 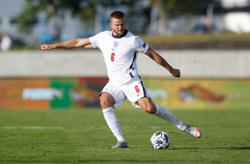