Both teams were heading for a 1-1 draw until the visitors won a late free-kick. Angelucci rose high to nod the ball past a beaten V. Murugan to give his team a narrow 2-1 win.

The bankers will now face a big test in the return leg at the Pasir Gudang Stadium on Saturday.

Hairy Azly Mahamed put the visitors ahead in the 48th minute before Ivan Ziga drew level with a free-kick in the 54th minute.

It was an absorbing match with both teams playing at a fast pace on the slippery and wet conditions but it was the visitors who adapted well and looked more dangerous.

Angelucci was well marked by Public Bank skipper A. Ganeson but it was Mohamed Ezaidy Khadar and Hairy Azly who came close with two close calls in the opening 20 minutes.

Ezaidy’s header from point blank range in the 18th minute sailed across the face of the goalmouth much to the frustration of the Johor FC bench. Two minutes later, Hairy missed the target with a curling shot.

The bankers also had their fair share of misses with S. Paidiyah Rau and Milan Strelec squandering open chances in the 31st and 33rd minutes.

Hairy then punished the homesters for their scrappy defence.

He collected a low cross from Ezaidy inside the box and coolly blasted it into the roof of the net in the 48th minute.

Then came the Angelucci blow.

In the other match last night, Selangor MPPJ pulled off a major surprise, beating Premier I side Sarawak 3-2 at the MPPJ Stadium in Kelana Jaya.

Former international striker Anuar Abu Bakar scored a brace – in the 57th and 86th minutes – while Kamaruzaman Yub Majid added the other goal in the 69th minute.

Sarawak scored through midfielder Gilbert Cassidy Gawing in the 60th minute and Ramles Sari a minute before full-time. 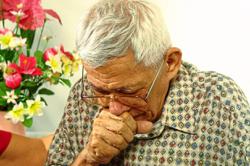 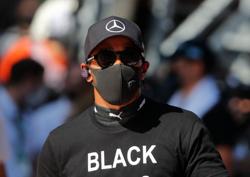