Junior swimmers all pumped up after Olympic Dream Camp

KUALA LUMPUR: The two-day Olympic Dream Camp has fuelled the fire in two top junior swimmers to double their effort to qualify for the next year’s Athens Olympic Games.

Khoo Cai Lin, 15, and Kok Hui Jean, 16, were among 40 athletes from the Bukit Jalil Sports School (BJSS) who completed participation in the camp at their school compound yesterday.

The lanky Cai Lin, who captured seven gold medals and smashed four records in the Malaysian Junior Championships recently, said: “It is difficult but if I train very hard I can qualify for the Athens Olympics.

“At the camp, I have heard tips on how to be more confident of myself.

“I will be competing in several championships after this and I hope to clock better times. I also want to make the cut for the SEA Games in Vietnam.”

Her personal best in the 200m individual medley is 2:25.00 and it is only three seconds slower than the qualifying time for the SEA Games.

The Games in December is also a qualifying meet for the Olympics.

“My sister had asthma and she took up swimming. My mother used to drag me along to accompany my sister and from there I got hooked on the sport. Competing in the Olympics is my ultimate goal,” said Cai Lin, who will be competing in the National Schools Championships (MSSM) from June 3-5 and the President Cup on June 22.

For Selangor’s most promising sportsgirl, Hui Jean, she wants to compete in more than one Olympics.

“I am not only looking at qualifying for the Athens Games but also to stay competitive for a long time,” said Hui Jean.

“Datuk Dr M. Jegathesan (former Malaysian athletics sprint champion and one of the camp presenter) is one of my idols.

“He did well in sports and studies. He is just a great example for us to follow.

Hui Jean, who captured 10 gold medals at the Selangor Age-Group Championships, was initially not keen in swimming. But after winning a gold in an inter-state championships when she was 11 years old, there had been no turning back for the bubbly athlete.

“I suffered a shoulder injury prior to the National Junior Championships recently but managed to finish second in the 100m butterfly and third in both the 50m butterfly and 100m backstroke,” she said.

“It is frustrating when you cannot give your best because of injury. I hope to put up a better show in the MSSM meet.

“I also hope to make the cut for the Vietnam SEA Games.”

The two-day camp programme included meetings with former Olympians, talks on maximizing their potential, sports science for better performances and the roles of the parents. 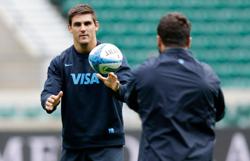 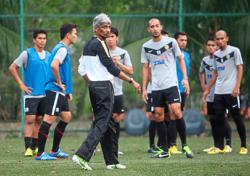