BERLIN: Stefan Effenberg, the enfant terrible of German football, said his soon-to-be published autobiography would 'tell all' about his chequered career.

“I never was an angel,” the former Germany midfielder and Bayern Munich captain told Monday's Bild newspaper about his book, which will have extracts published in the top-selling daily from yesterday. “Alcohol, drugs, sex, high salaries – I don't leave anything out in the book.”

Effenberg, who ended his Bundesliga career earlier this month after repeated run-ins with VfL Wolfsburg coach Juergen Roeber and is now considering a move to Qatar, is no stranger to controversy.

The 34-year-old, who played 35 games for Germany, was dropped by national coach Berti Vogts after he gave fans a single finger gesture during the 1994 World Cup in the United States after being substituted following a poor performance.

He made a brief comeback in 1998 after Vogts was fired but his international career never really recovered.

He also ran into trouble while playing for Bayern Munich, being criticised and briefly dropped last year after saying that many unemployed in Germany were too lazy to look for work.

Two years ago he paid a US$75,000 out-of-court settlement after being charged with assault for hitting a woman in a Munich night club.

“The photos in the book are very personal,” said Effenberg. “You can see tattoos that Claudia and I decided to have.

“I talk about everything in the book. Many will be surprised but it's all true.” – Reuters 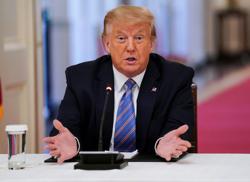