PETALING JAYA: Selangor coach Ken Worden feels that the team will have a tougher task in the M-League this season following an exodus of players to other teams.

Worden, who took charge of the team in mid-season last yearafter he was sacked by Sabah, said that he would have virtually a new team to carry the challenges this year, which included the defence of the Malaysia Cup.

“It was different last year. The players had been together as a team and my job was to bring the best out of them. This time I have to shape up the players into a unit and this is no easy job,” he said.

The Red Giants have lost the players who were instrumental in helping them win the Malaysia Cup for a record 29 times.

“It is unfortunate to lose a winning team. But I have faith in the players we have now and I believe the newcomers can do the job and continue with the success,” he said.

They have also retained Nizam Jamil, Jaafar Salleh, D. Surendran, S. Sivaram and Croatian Ivica Kulasevic. There is place for another foreign player to join their new signings so far, including Shahrin Majid, S. Jayaprakash, Nor Suhaimi Bahauddin, and Wan Erwis.

Selangor will meet Police in a friendly at the Shah Alam Stadium today (5pm). They will kick off the M-League season with the Charity Shield match against Penang at the Batu Kawan Stadium on Feb 9.

Malaysia Cup will go on as planned despite restrictions 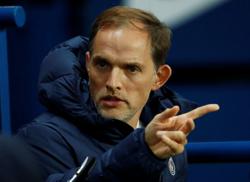