PENANG: Karate exponents in Penang finally have a home to call their own with the opening of the Goshin-Ryu Centre of Excellence yesterday. The centre will also serve as a national training camp.

The Malaysian Karate Federation (MAKAF) secretary, Clement Soo, said yesterday that it was an excellent centre and it would be used by national exponents, particularly those from the northern region.

“From now, we will also use this centre to prepare our exponents for international championships, including the SEA Games and Asian Games,” said Clement, who is also the president of Goshin-Ryu Karate Malaysia.

The other national training camp for karate exponents is in Bukit Jalil.

Previously, exponents in Penang did not have a proper training venue. The exponents, particularly those in kata, conducted their training in the corridors of a hall above a wet market in Batu Lanchang Road.

But the unfavourable conditions did not prevent them from producing champions, among them Khoo Jin Keat, Lim Lee Lee and Agnes Tan.

Penang exponents contributed four of the nine gold medals for Malaysia in the 2001 SEA Games in Kuala Lumpur. At the Busan Asiad last year, Lee Lee and Jin Keat were the silver and bronze medallist respectively in individual kata.

The State Sports chairman, Datuk Jahara Hamid, in declaring open the centre, praised the Goshin-Ryu Karate Penang president, Patrick Lim, and his members for making the centre a reality.

“Knowing that the state has limited resources, they pooled their efforts to turn this dream (having a centre of their own) a reality. I am very proud of them,” said Jahara.

“With this centre, we can look forward to not only in grooming more young talents for Penang's challenge in the Sukma (Malaysia Games) but also producing more national champions.” 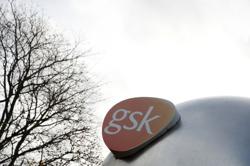