ISTANBUL (Reuters) - Ferrari's Carlos Sainz will start Sunday's Turkish Grand Prix from the back of the grid due to a power unit penalty but the Spaniard and his team still hailed a job well done in qualifying.

Sainz prevented McLaren rival Daniel Ricciardo from going further than the first stage and then helped team mate Charles Leclerc reach the final phase with a useful aerodynamic 'tow' on his final run.

Leclerc ended up fourth fastest but will start third as a result of Mercedes' championship leader Lewis Hamilton, who was quickest, taking a 10-place penalty for exceeding his season's engine allocation.

"I did the best I could to help him (Leclerc)," Sainz told reporters. "We also managed to bump out Ricciardo... our direct competition, so it was a perfectly executed quali," the Spaniard added.

McLaren and Ferrari are locked in a tight battle for third in the Formula One constructors' championship, with McLaren 17.5 points ahead of the Italian outfit with seven races left.

"As you see where Charles is right now, not to have two cars up there feels like a bit of a missed opportunity," said Sainz, whose car now has the upgraded Ferrari power unit that Leclerc used for the first time at the previous race.

Asked about his prospects, Sainz said he would do his best to overtake. 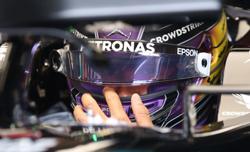 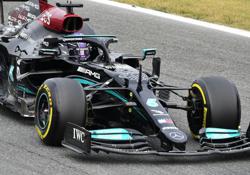