The team’s last outing at the Austrian Grand Prix last month was also their best as Xavi Vierge, who lined up 19th on the grid, crossed the finish line in sixth while teammate Jake Dixon came in eighth from 13th spot.

After a two-week break, Vierge, who is currently seventh in the championship, believes getting used to the new asphalt at the track will be key during qualifying.

“Misano is a really difficult track with many changes of direction, slow and fast parts. You have to really focus because in some parts of the track it’s best to ride smooth while in other areas you need to attack, ” said the 23-year-old Spaniard.

“We haven’t tested on the new track, so we don’t know what to expect.

“In the first session we need to be careful to see how it is, how the bike feels and find the best lines.

“Improving our performance in qualifying will be the key to achieving a great result. It’s a really good circuit and I’m really looking forward to the challenge.”

Meanwhile, the 24-year-old Dixon is bracing for the first of three back-to-back races, with the first two at San Marino.

“I’m looking forward to being able to build on the progress we made last time out. The past two weeks I’ve been training and riding, but also I’ve tried to just relax a bit and enjoy the time off, ” said the Englishman.

“I’ve rode at Misano once before and I don’t think we can really compare it to last year because I’m on a different bike now, a much better one! 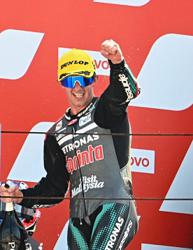 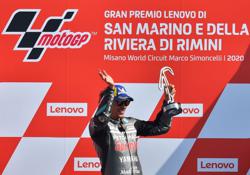