PETALING JAYA: Midfielder Marhan Jalil wants the Malaysian Tigers to qualify for the hockey World Cup on merit and not through India’s favour in the Asia Cup in Jakarta from May 23-June 1.

India have already qualified for the World Cup (Jan13-29) but could turn spoilers in the Asia Cup where they may eliminate Malaysia’s potential threats Japan or Pakistan in the group stage. India are in Group A with the two Asian giants and Indonesia.

Malaysia need to finish in the top two in Group A, where they are with South Korea, Oman and Bangladesh, to reach the super four where three teams go through to the World Cup.

If India make it to the super four, three other teams in the same stage will gain World Cup berths without worrying about playoffs.

However, Marhan does not want India to become the deciding factor and has urged his teammates to aim for the final to reach the World Cup on merit.

“We don’t want any favours from any teams. Let us earn our spot on merit and I believe the best way is to reach the final and seal it,” said Marhan.

“Why do we need to expect India to go through to the super four? Even if they don’t, we must aim to beat every opponent we play in the Asia Cup and eventually achieve our goal.

“It is always risky to leave our fate in the hands of others. We have been preparing hard for this and just came back from a tough friendly series against Australia.

“We need to be ready for the next battle.”

Malaysia endured a difficult time in Perth last month where they were beaten 3-0, 7-0, 5-0 and 3-0 by the top-ranked Australians in their preparation towards the Asia Cup.

Despite the outcome, Marhan expects his teammates to use the defeats as a valuable learning experience and produce the results in Jakarta.

“I need to keep motivating my teammates and prepare them well for the Asia Cup,” added Marhan.

“We will not have any problems in the group stage. I would want to take it one match at a time and the focus is on winning and not thinking too much about the qualifying process.”

Malaysia had their best outing in the previous Asia Cup in Dhaka five years ago where they finished runners-up to India. 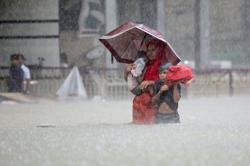