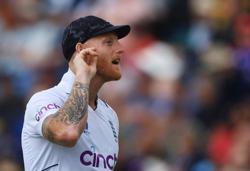 Signs of improvement: Malaysia goalkeeper Hafizuddin Othman made some excellent saves against Australia in the friendly series in Perth last week.

PETALING JAYA: S. Kumar was in his element, making an unbelievable 24 saves, but was still part of the losing side as Malaysia suffered a 7-0 defeat to Holland in a 2018 World Cup group match in Bhubaneswar.

That’s the life of a Malaysian goalkeeper.

Despite that, Kumar, now a goalkeepers’ coach with the national team, would still want to face the top teams match after match. And if it was against Australia, the once rated Asia’s best goalkeeper would accept the challenge without fear.

Kumar related his Bhubaneswar experience to describe how it had been for Hafizuddin Othman and Adrian Andy Albert as they had made some excellent saves but had let in 18 goals in four matches against Australia in the friendly series in Perth last week.

“I still remember that World Cup match. I made 24 saves and we lost 7-0. I just focused on making one save after another as I didn’t want to be hit for a double digit. That’s what you need to do and don’t give up when you are playing for Malaysia,” said Kumar.

“I will be ready to take up the challenge to play any big team anytime.

“When the pressure is high, it builds your confidence and you become a better goalkeeper.

“Hafizuddin and Adrian tried their best and made plenty of saves but Australia were relentless in their attack.’’

Kumar, who was with the team in Perth, acknowledged that both goalkeepers had shown improvement in every match and believes the experience Down Under will only make Hafizuddin and Adrian become better keepers.

He also reminded them not be upset if their team members were unable to perform well but they need to keep working hard.

“Hockey is about teamwork. They should not be worried about others but keep saving the ball and stay focused on their job. The Perth experience will be good before they compete in the Asia Cup,” added Kumar.

The Asia Cup is in Jakarta from May 23-June 1 where Hafizuddin and Adrian’s role will be crucial in helping Malaysia qualify for the World Cup next year.

Three teams will qualify from the Asia Cup together with World Cup hosts India as continental representatives for the major competition in Bhubaneswar from Jan 13-29.