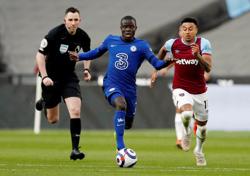 Hafiz helped UniKL qualify for the final by beating Tenaga Nasional in the semi-final with a 4-1 aggregate at the National Hockey Stadium in Bukit Jalil.

The league champions beat Tenaga 3-1 in the second leg on Wednesday with Hafiz scoring the equaliser in the 46th minute.

UniKL’s other goals were scored by Marhan Jalil (53rd) and Razie Rahim (59th) while Tenaga drew first blood in the 32nd minute through Muhammad Shamir.

Just hours earlier, the 23-year-old Luqman had been instrumental for Terengganu when he helped them beat Maybank 2-1 in the second leg. With the win, Terengganu reached the final on a 4-2 aggregate. Hafiz, who was part of UniKL’s indomitable treble-winning campaign last year, wants to repeat the feat this year.

“Terengganu are in form and they will be a tough team to beat in the final, ” said Hafiz.

“We will focus on recovery and be at our best. We must be efficient with our chances because they are a top attacking side. We have to defend well too.

On the match against Tenaga, Hafiz said: “Tenaga’s first goal added pressure on us but when I scored the equaliser, it felt good.

“We worked so hard and believed in ourselves. So the next game, we need the first goal. We know how important it is.”

He and teammates came close last year but were beaten by UniKL 2-1 in the final.

“This time, we are meeting the same opponents, and we want to wrestle the trophy from them, ” said Luqman.

“I want to end the one-year drought. We didn’t get the league, and now it is time to win the cup.

“It will be a tough game because UniKL are the reigning champions, but we are motivated.” 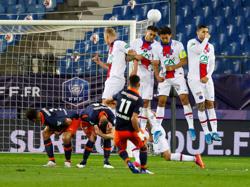