Terengganu's Muhamad Akhimullah Anuar Esook (centre) celebrates as he scored the second goal while against Melaka during the Razak Cup Division One semi-finals match at National Hockey Stadium in Bukit Jalil yesterday. IZZRAFIQ ALIAS/ The Star. May 27,2016.

This time, they have another striker to rely on and it’s none other than Akhimullah Annuar Esook.

While Faizal is the league’s top scorer with seven goals from four matches, his junior Akhimullah is also equally impressive having scored five goals in four games.

The 20-year-old has scored four field goals and one penalty corner in the tournament.

He was the game changer in the match against Maybank on Thursday when he scored two goals (27th and 47th minutes) to help Terengganu win 4-2 at the National Hockey Stadium in Bukit Jalil.

Ismail Abu also got a double (10th and 52nd), while Maybank’s goals were scored by Mohd Najmi Farizal Jazlan (eighth and 41st minute).

For Akhimullah, he said he hoped to continue with his fine form to help his team finish top two in the league.

“We have three games left and can’t afford to lose points. We need to get maximum points to finish in the top two, or hopefully even first, ” said Akhimullah.

“I thank my teammates for playing their parts too. I just have to be clinical and keep the goals coming.

“Right now, our confidence is high because we are getting wins on the trot. Also, we beat a strong Maybank team, so that’s a good thing for us to build on our momentum.”

Terengganu coach K. Rajan said the last two quarters against Maybank were their best performance so far this season and hoped they would pull off another good showing against Tenaga Nasional on March 25.

“We were slow in the first two quarters, but changed the pace in the last two. I’m proud of their best performance this season.

“We face Nur Insafi on Sunday. I don’t want to underestimate them, but they are an easier opponent compared to Maybank. Our eye is on the last game against Tenaga.” 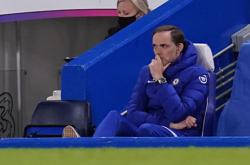