May Joel be fit again soon 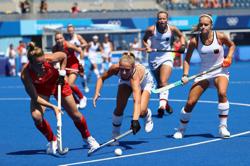 PETALING JAYA: It was a scary sight when Maybank’s Joel van Huizen collapsed in the match against TNB Thunderbolts.

He was rushed to the hospital but fortunately, the player is fine although he will miss the next match against UiTM tomorrow.

On Thursday, Maybank had beaten TNB Thunderbolts 5-0 but the joy was overshadowed by Joel’s sudden slump on the field.

“I panicked for a while when I saw Joel slumped on the ground but fortunately, the medical staff from the National Sports Institute (NSI) tended to him immediately, ” said Azrul.

“I was really worried because this is not the first time that he has collapsed during a game.

“If I am not mistaken, he also experienced the same during an international match in Bangladesh four years ago.

“He has received treatment and will be discharged from the hospital. He will join us in the sports bubble but will miss out on the game against UiTM on Sunday.

“I believe it’s due to fatigue, but our physio will assess the report from the hospital and see when he can play. For now, I am just glad that he is fine and will be joining us again.”

With a comrade down, one would have thought that Maybank would have struggled, but they were indeed in their element against the Thunderbolts as they showed remarkable defensive resilience and efficiency up front en route to their victory.

Azrul, however, is bracing for a tough time against UiTM.

“Seven of our former players are with them now. I’m sure the team will rely on them to understand our style of play. It will not be an easy game.

“It will be evenly contested. I told the boys to be on their toes and not give them lots of space. We have to forget about our first win, and start thinking about the other matches. The focus has to be there.” 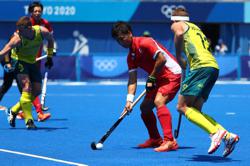