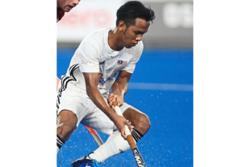 PETALING JAYA: Players will enjoy a five-star treatment when they compete in the Malaysia Hockey League (MHL) from March 11-April 3.

The Malaysian Hockey Confederation (MHC) have opted to house all of them at Bangsar’s Pullman Hotel.

More than 600 officials and players will be based at the ‘sports bubble’ hotel for the next three weeks as the MHC want to make sure the competition is run without any issues.

Their president Datuk Seri Subahan Kamal said they wanted to give the best so that the players can perform to their optimum level and not worry about the pandemic.

“We also chose Pullman because of its strategic location. It’s easier for teams to move back and forth from the National Hockey Stadium and they are also one of our sponsors.

“We are also discussing with the competitions committee to look into the team’s training schedules while at the hotel.

“If a team do not have a game, they can train using the hotel facilities such as the swimming pool and gym, ” said Subahan.

“They can also head to the KPM Stadium or Kuala Lumpur Hockey Stadium, which is nearby. So there’re several options for all teams.”

Subahan said the cost to run the league would easily go up to RM2mil or more but as they say, the show must go on.

“We want to get the league going at all costs.

“We are now hoping that it would be done correctly without any issues.”

Meanwhile, Subahan added that the three Terengganu players – Faizal Saari, Shello Silverius and Khalid Hamrin – who tested positive for Covid-19 will have to get a release letter from the Health Ministry before entering the bubble. 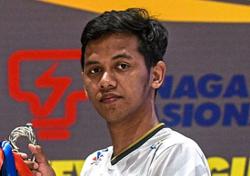