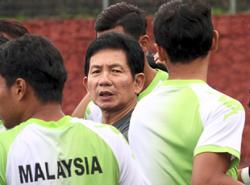 PETALING JAYA: The men’s Junior Asia Cup, which had been postponed several times due to the Covid-19 pandemic, finally has new dates.

It will be held in Dhaka, Bangladesh from July 1-10 next year at the Maulana Bhashani National Hockey Stadium.

The Asian Hockey Federation however, said the eligibility status would remain the same.

“It is important to state that the eligibility for this tournament although it’s postponed, will remain as before. Players will be eligible if they are born on or after 1 January 1999, ” said the AHF in a statement yesterday.

The national junior side coached by Wallace Tan are undergoing centralised training at the National Hockey Stadium.