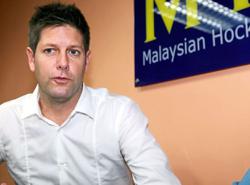 That’s what renowned South African coach Paul Revington has vowed to instil in the next generation of players in Malaysia as he returns for a second stint with the Malaysian Hockey Confederation (MHC).

The 47-year-old was unveiled as the technical director for the national development squad yesterday.

Revington will spearhead the soon-to-be launched National Hockey Development Programme (NHDP) as well as monitoring and supporting the men and women’s project squads led by Wallace Tan and Nasihin Nubli.

Revington had previously worked as the men’s head coach where he led the team to qualify for the World Cup for the first time after 12 years in 2014.

He however, resigned in controversial fashion, just five months before the World Cup citing health reasons but returned for a brief period as the team consultant. His presence however, did not help as Malaysia flopped by coming out last in the 12-team contest in the Hague, Holland.

Revington is now back to settle some “unfinished business.”

“I still have in my mind a lot of unfinished business ... there’s still an internal drive and passion to bring the best out of the Malaysian players,” said Revington, who was even willing to quit his role as the women’s elite development programme coach in England in August for the second chance.

When asked why he left in a huff in the first place, he was reluctant to discuss the real reasons behind his departure but simply said: “I live in the present. The present is more important.

“The decision to come back is pretty much because of the opportunity that lies here again.”

On his immediate target, Revington said he planned to build a solid coaching and training system at the grassroots level so that there would be a smooth transition as the players make the grade into the national team under A. Arul Selvaraj and the project squads under Nasihin and Wallace respectively.

“Ultimately, my job is to instil the winning attitude at the start of every players’ career, which is at the grasroots level,” he said.

“By the time they reach the senior teams, the players would already have that winning mentality embedded in them.

“The national coaches do not have to force it upon them.”

“We want to be a force to be reckoned with in the world scene. We strongly believe that Paul can make it work. He is someone we can depend on,” said Subahan.

“He has vast experience and has been here before, in this culture. He understands how both the men and women teams work. We couldn’t find anyone better!”
Article type: metered
User Type: anonymous web
User Status:
Campaign ID: 46
Cxense type: free
User access status: 3
Join our Telegram channel to get our Evening Alerts and breaking news highlights 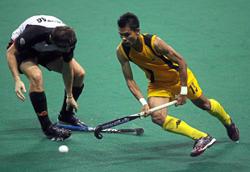 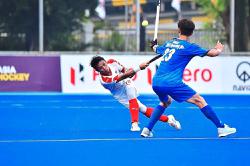