Take it or leave it 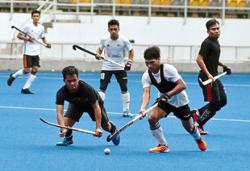 Training goes on but nothing to be bubbly about

It's Perak vs Terengganu in the Razak Cup final

Back in demand: Harvinder Singh (left) last featured for the national team in 2016.

PETALING JAYA: When the Malaysia Hockey Confederation announced Harvinder Singh was selected for the national team centralised training, even the player was taken by surprise.

The 31-year-old forward, who has not had any international action since 2016, must have made an impression when he turned out for Kuala Lumpur at the recent Razak Cup.

His last international assignment was four years ago, when he played five test matches in Japan.

“I was pretty much surprised. However, I have a few factors to consider. I’m now married and have a full-time job,” said the internal auditor with Ernst and Young.

“Right now, I’m in discussions with my employers and coach Arul (Selvaraj) to see how I can balance between work and training.

“Arul has briefed me on the 38-player squad before he trims it to 25. It’s exciting, but lots to think about before I report for training.”

Arul has named 11 new players with seven of them uncapped.

Harvinder said with the current rigours of international hockey, he needs to start from scratch, especially in terms of fitness.

“I’m coming back after four years and the game has changed tremendously. It might take some time and a lot of commitment for me to adjust.

“In terms of experience, I’m not far behind as I’ve also played for clubs in Europe and Australia.”

He turned out for Berlin Zeh-lendorfer in the German League in 2017 and in the same year, featured in the Australian League for Greater Dandenong Warriors.

The Kuala Lumpur-born player has been playing in the Malaysia Hockey League for 10 years.

He made his debut for the Kuala Lumpur Hockey Club (KLHC) in 2009 and played with them for nine years. This season he played for UniKL.

Training goes on but nothing to be bubbly about 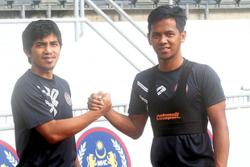 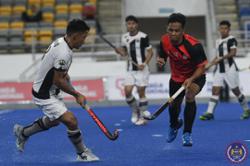 It's Perak vs Terengganu in the Razak Cup final