PETALING JAYA: Reigning Razak Cup champions Melaka have their backs against the wall.

They have played four friendlies and coach Azrul Effendy Bistamam is irked by the poor level of fitness in the team.

And on top of that, several players are on the crocked list including international Mohd Faid Farhadh Mohd Shah.

It is not the best possible start for Melaka but all that will be forgotten if they can beat Perlis in their opening Razak Cup match at the National Hockey Stadium today.

“Due to the movement control order restrictions, we couldn’t train much. We started our training four weeks ago but we could not have the national players with us. We mostly did online training, ” said Azrul.

“When the players returned after the centralised national camp, some reported back with injuries. From the four matches played, I am very worried about the fitness of the players.

“As the coach, I have to find ways to improvise. Our aim is to qualify for the semi-finals.”

Melaka played against Pahang, Kuala Lumpur and twice against the Terengganu Sukma teams.

They have three national players – midfielders Faid, Mohd Firdaus Omar and Nor Ashraf Izhar – and former international B. Namasivayam is the team captain.

Although 12 of their players are below 21, Azrul said he expects them to learn from the national players and seniors.

Azrul said the tournament’s tempo would be different because there are many national players in the fray.

“It will be different because players want to show the national coach (S. Arul Selvaraj) that they merit a spot in the Malaysian team.

“Teams like Perak and Terengganu are the favourites because they have a lot of national players. Johor will be good too as they have young and talented players in their squad.”

National midfielder Firdaus is unfazed by the fact that other teams have more internationals.

“We have to take it game by game, that is the aim. We hope to get better as the tournament progresses. Get into the semis, and then we will see what happens, ” said Mohd.

Melaka are in Group A together with Penang and Perlis.

Meanwhile, the Malaysia Hockey Confederation (MHC) competitions committee confirmed that the Kedah women’s team have pulled out from the tournament.

MHC competitions committee chairman Datuk Seri Anil Jeet Singh said due to time constraints and the nature of the Covid-19 pandemic in the state, Kedah have decided not to compete.

“The Kedah women’s team comprise mostly school players and they could not get permission to leave the state, hence the decision to pull out.

“The men’s team will play because they have been playing friendlies in Kuala Lumpur. For the men’s tournament, there are 15 teams while the women’s competition will have 11 teams.”

“The tournament this time is different because it is done in a carnival format with a nine-day duration. It’s not long and we are doing our best to make it a smooth-flowing tournament.” 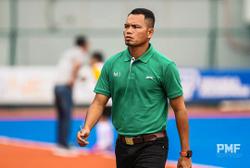