Champions Trophy is off – so skipper calls it quits

KUALA LUMPUR: Siti Noor Amarina Ruhani (pic) has been the pillar of the national women’s hockey team for years, having featured in four Asian Games, four Common-wealth Games and with three SEA Games gold medals in her cabinet.

But she has now called it a day, no thanks to the Covid-19 pandemic. The Penang defender and penalty corner specialist has decided to retire after 16 years of national service.

The 33-year-old Siti has represented Malaysia 218 times since 2004. She has been skipper since 2015 and her last outing with the team was at the FIH World Series in Ireland last June.

Siti, who made her debut in the Indira Ghandi Memorial Cup in New Delhi in 2004, said she decided to retire after the Ireland outing.

“But I stayed on with the hope of playing in one more Asian Champions Trophy in South Korea in June.

“However, the tournament has been postponed due to Covid-19. There is no more major assignment so I decided that it was best to retire, ” said Siti.

“I am already 33 and it is tough for me to undergo tough physical training.

“It is also difficult to last the pace against younger players. I love hockey and I have given my best. I’ve taken this decision with a heavy heart, ” said Siti.

“I have some good memories like helping Malaysia win bronze for the first time in the Asian Champions Trophy in Japan in 2013.

“I was the captain when we finished runners-up to Ireland in the World League second round in Kuala Lumpur to qualify for our first World League semi-finals in Brussels, Belgium in 2017, ” added Siti, who has a degree in Physical Education from Universiti Putra Malaysia.

She has one regret, though – that the team missed the chance to qualify for the semi-finals in the Jakarta Asian Games.

“Japan qualified for the semis as group champions but Malaysia and China were tied with seven points from four matches. We lost out on goal difference, ” said Siti, who hopes to become a coach.

“There are very few women coaches in Malaysia and I would like to contribute. I will attend some coaching courses to get my certificate, ” said Siti. 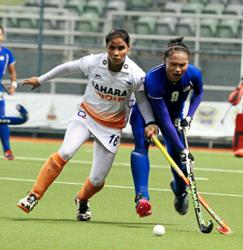 Juliani keeps going on and on at 35 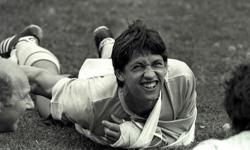 Ervin gets another shot at collegiate golf meets