Nur Aisyah out to repay coach’s trust with good showing

KUALA LUMPUR: Hockey defender Nur Aisyah Yaacob is back in the groove again.

Nur Aisyah was out of action for more than two years but was called up by national coach K. Dharmaraj for the SEA Games women’s indoor hockey team last month to beef up the defence.

The 23-year-old from Melaka commanded the back department well and also converted goals from penalty corners in the five-nation Tuanku Zara invitational international women’s indoor hockey tournament at Jubli Hall in Kuala Kangsar early this month.

She netted seven goals – six from penalty corners and one field goal – in five matches to help Malaysia win the title.

She was the top scorer for Malaysia with seven goals.

Nur Aisyah said she was feeling down as national coach Yahya Atan did not call her up for indoor training in preparation for the SEA Games in April.

“I thought that my services were not needed any more but I must thank coach Dharmaraj for having faith in me.

“Now I want to do the same by helping Malaysia reach the final in the SEA Games,” said Nur Aisyah, who is pursuing a degree in mechanical engineering at Universiti Tenaga Nasional (Uniten).

Nur Aisyah believes Thailand and Indonesia will pose a big threat to Malaysia.

Thailand are bent on retaining the title after training for three weeks in Austria while Indonesia went to the Czech Republic to train for 16 days.

Dharmaraj has included six field hockey players to beef up the team. 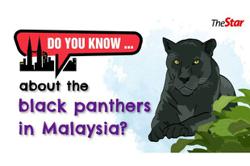