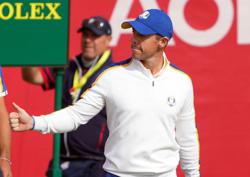 PETALING JAYA: Malaysian golfer Gavin Green has a mountain to climb to do better than his 47th placing in Rio de Janeiro five years ago.

Not even his best effort of the week, a one-under 70, could help the 27-year-old move up the leaderboard yesterday as he remained in a lowly joint 58th spot with one more round to go at the Tokyo Olympics.

Gavin had earlier finished the remainder of his second round on a dismal note at the Kasumigaseki Country Club.

With four holes to complete at the start of the day due to play suspension on Friday, Gavin, who was then tied for 55th at two-over overall, double bogeyed the 18th to sign for a one-over 72. 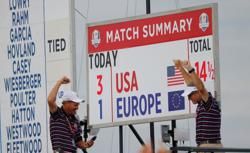