Full swing for Gavin even as finale spot almost assured 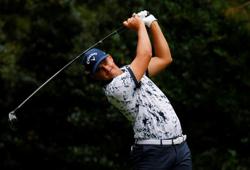 Having a great time: Gavin (right) with his coach Chris O’Connell in Dubai.

PETALING JAYA: Fit-again Malaysian No. 1 golfer Gavin Green will be playing with the same intensity despite knowing that he’s almost certain to qualify for the European Tour’s season finale Tour Championship.

The 26-year-old remains firmly on track to make the top-60 cut for the US$8mil (RM33.18mil) showpiece, which will be held at the Jumeirah Golf Estates in Dubai, the United Arab Emirates, from Dec 10-13.

Gavin dropped just three rungs to 42nd in the Race to Dubai standings despite missing the Scottish Championship through a wrist injury a fortnight ago.

Now that he has fully recovered, Gavin seeks to finish as high as possible in the Race to Dubai by impressing in the five events left in the Tour’s regular season, starting with the “Cyprus Swing” today.

After spending a fruitful two-week break in Dubai where he also met up with his coach Chris O’Connell, Gavin is all pumped up to resume his chase for an elusive European Tour win at the Cyprus Open at Aphrodite Hills Golf Club today.

He will also tee it up at the Cyprus Showdown next week, as well as the three newly-added tournaments – Joburg Open (Nov 19-22), Alfred Dunhill Championship (Nov 26-29) and South African Open (Dec 3-6), which is termed the “South African Swing” before heading to Dubai.

“All the remaining events are just as important and I think every little bit counts, ” said Gavin, a European Tour regular since 2018.

“At this point, I’m entered for all the three events in South Africa too and I will play at least the first two.

“Though I’m almost assured of a place in the finale, I’m happy to keep competing as it is also a build-up to the year-end event.”

Gavin is also looking forward to putting what he picked up from American O’Connell during his stay in Dubai to test this week.

Renowned golf instrutor O’Connell is also the coach of American duo Matt Kuchar and Hunter Mahan, who have won nine and six times respectively on the PGA Tour.

“My wrist is much better, ” said the 2017 Asian Tour Order of Merit champion.

“My coach and I worked on some moves to eliminate the wrist motion that was bothering me. So, it’s all good.

“I had a fantastic four full days with Chris and it was really something I needed. We tweaked some things, worked on some others and generally played lots of golf too.

“Spending time with Chris is like getting a confidence booster for me. I feel good about my swing almost instantly.” 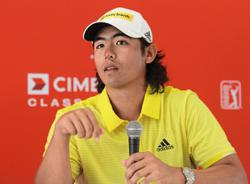