El Pais said Bentancur suffered a five-millimetre tear in the adductor muscle of his right leg and is currently working on his recovery ahead of the resumption of the Premier League on Dec. 26, when fourth-placed Spurs visit Brentford.

But the injury means the 25-year-old, who has played 21 games in all competitions this season, is unlikely to be available at least until Tottenham host Aston Villa on Jan. 1. 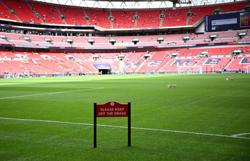