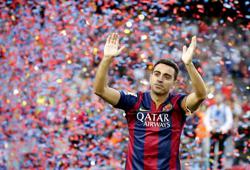 SPAIN’s winning form has a lot to do with the work Barcelona coach Xavi Hernandez has done with the players who are on duty with the national team, club president Joan Laporta said.

Spain lead Group E with four points after two games. They opened their campaign with a 7-0 thrashing of Costa Rica before being held to a 1-1 draw by Germany on Sunday.

Barcelona’s midfielder Gavi became the country’s youngest World Cup player in the match against Costa Rica, and the youngest to score since Brazil great Pele in 1958.

Laporta said Spain are among the front-runners for the title in Qatar as coach Luis Enrique has been making good use of the players Xavi has trained at Barcelona, who top the LaLiga standings.

“I think (Spain’s performance) it’s fantastic. It’s a source of pride for Barca to see how our players and the national team are playing... They are one of the favourites to win the World Cup, along with Brazil and France,” Laporta told reporters on Monday.

“Xavi is doing very well, we are first in La Liga. What is happening in the Spanish national team is a consequence of Xavi’s good work. Luis Enrique has been very successful by creating a block of players, mostly from our club, which facilitates the game.” — Reuters 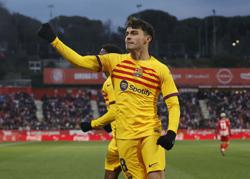 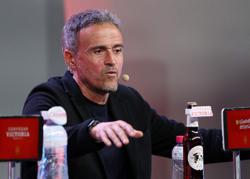