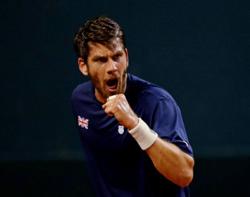 Speaking after Canada lost 1-0 to Belgium in their opener despite outplaying the second-ranked team, Herdman said in an interview: "I told they (the players) belong here and we're going to go and eff Croatia. That's as simple as it gets."

Herdman's remarks sparked a response in Croatian media as a tabloid printed a full-page photo of a naked Herdman with maple leaves covering his mouth and private parts with the headline: "You have the mouth, but do you have the balls as well?"

Herdman later seemed apologetic, saying he meant "no disrespect to the Croatian team and Croatian people", but Dalic thought otherwise.

"This way of putting words together is not a sign of respect. We are the runners-up, we are worthy of respect...I shall not focus and comment on other people's comments," Dalic told reporters on Saturday.

"The Croatian team deserves respect from everyone. We have proven that by the way we play and by our conduct during the World Cup.

"We respect everyone equally so we expect our opponents to do the same. We are worthy of their respect. We will be prepared (for the game), fit and demonstrate respect for everyone."

Dalic said the Canadians, who are making their first appearance at the World Cup finals in 36 years, are a "serious team".

"They covered a lot of distance (against Belgium) and showed great effort and energy...we have to be cautious.

"If you look at the tournament, many of the teams that were underdogs are now great...you cannot enjoy the glory of the past, we have to be at our best."

Winger Ivan Perisic said Canada's performance against Belgium was surprising and urged his team to be more aggressive.

"We have to be very fast and adopt an aggressive attitude, be energetic and if we play our game we will have a positive performance and outcome," the Tottenham Hotspur player said.

Croatia are tied with Morocco on one point in Group F, where Belgium are leaders on three points and Canada bottom with none. 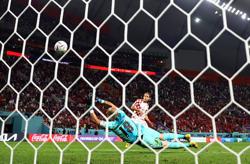 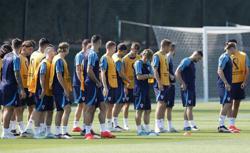