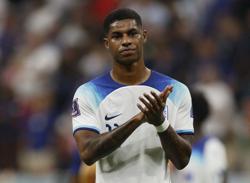 (Reuters) - Manchester United manager Erik ten Hag said the main issue holding back his side was a lack of intensity after they had to fight back from a goal down to beat Cypriot side Omonia Nicosia 3-2 in Europa League on Thursday.

United trailed 1-0 at halftime before Marcus Rashford, with a double, and Anthony Martial scored in the second half to inspire their comeback.

The win came four days after United were thrashed 6-3 by Manchester City in the Premier League.

"We have to carry on and every time learn the lessons and give the maximum, because only good for me is good enough - and at this moment, by far, we are not that good," Ten Hag told reporters.

"We have seen on Sunday and we have to do much better. I think the main problem is, and that is what we did in games before much better - intensity.

"We have to bring every game the intensity on the pitch. That was the big difference between City and us, so that is the demand to our squad, to all of our players, you have to take responsibility for that."

United, who are sixth in the league, play at Everton on Sunday. 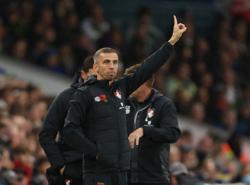 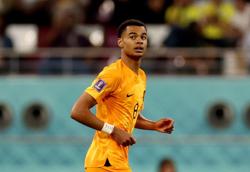 Soccer-Germany bask in the sunshine of Fuellkrug's Indian summer
FACTBOX-Soccer-France v Tunisia World Cup 2022: kickoff time, venue, stats and odds
Soccer-France looking to strike the right balance for Tunisia game
Soccer-Veterans Messi and Lewandowski face off for knockout berth
Soccer-Vlahovic on the bench as Kostic starts for Serbia against Cameroon
Germany-Spain World Cup match draws 17 million viewers in Germany, 16.6 million in Spain
Soccer-Turkish federation condemns assault on goalkeeper by fan
Soccer-Cameroon not under unfair pressure because of Eto'o, says Song
Soccer-Spain will play to win against Japan, Luis Enrique says
Soccer-Draw against Spain could be the spark we need for World Cup, says Flick