Soccer-Walker ruled out for weeks with abdominal injury, Guardiola says 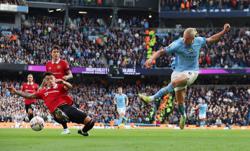 MANCHESTER, England (Reuters) - Manchester City coach Pep Guardiola said Kyle Walker has an abdominal injury that will keep him out for a few weeks, casting doubts on the England defender's fitness for the World Cup.

Walker missed City's 5-0 Champions League victory over FC Copenhagen on Wednesday, having been withdrawn in the first half of his side's 6-3 demolition of Manchester United in the Premier League on Sunday.

He is now in a race against time to be fit to start for his country in their World Cup opener against Iran on Nov. 21.

"I know how important the World Cup is for the players," Guardiola said. "I don't know (if Walker will be fit).

"Kyle will be out for a while and we don't have many options. It will be weeks. It is abdominal."

Spanish media reported this week that there is a release clause in Haaland's City contract that is exclusive to Real Madrid and gives the LaLiga giants a massive advantage if they want to buy him.

Guardiola, however, there was no such clause.

"It is not true," Guardiola added. "He does not have a release clause for Real Madrid or any other team. Rumours, people talk.

"We have to be worried about what we can control. I have the feeling he is very happy here and we will try to make people happy here. He is settled perfectly, incredibly beloved." 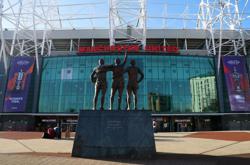