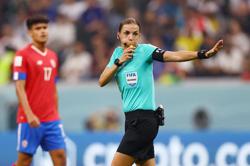 (Reuters) - Universidad de Chile goalkeeper Martin Parra sustained damage to his ear and is recovering in hospital after being struck by fireworks during a Cup match against local rivals Universidad Catolica on Wednesday.

TV cameras captured the moment three fireworks exploded near Parra and the 22-year-old went down clutching his ears before he was carried away on a stretcher and taken to hospital in Santiago.

The incident occurred immediately after Catolica had scored in the quarter-final second leg to level the tie at 1-1 and the referee stopped the game with only four minutes played.

"He is stable, he is fine, he is under observation. He is very shocked by the situation, but the important thing is that his health is fine and that the tests will continue," U de Chile's manager Sebastian Miranda told reporters.

U de Chile demanded that the football federation give Catolica the "harshest punishment" as the game was originally supposed to be played without fans due to several incidents of bad behaviour.

"The incident that occurred barely five minutes into the match was proof that the game should not have been authorised with fans in attendance," they said.

"We want to express our solidarity with... Martin Parra and his family," they said. "We hope that he recovers quickly and that we can have him back on the pitch."

Police said they had detained two people from the stadium after the incident. 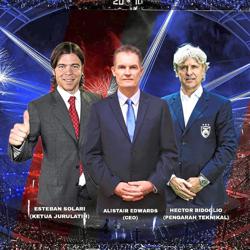