AMSTERDAM (Reuters) -Captain Virgil van Dijk netted a second-half winner as the Netherlands beat neighbours Belgium 1-0 on Sunday to ensure top spot in their Nations League group and a place in next year’s finals tournament.

Van Dijk powered home a header from a corner in the 73rd minute at the Amsterdam Arena on Sunday to ensure the Dutch finished runaway winners in League A Group Four.

They finished with 16 points, six more than Belgium who had a chance to leapfrog their neighbours, and take first place, but needed to win by three goals or more on Sunday to do so.

Any hopes of a goal feast were quickly stymied, however, as the two sides effectively cancelled each other out in a tight tactical battle.

The Dutch pressing game frustrated Belgian efforts at building up attacks, while a five-man defence for the visitors meant there was little room for the home strikers.

It meant the winner came from a simple setpiece with Van Dijk leaping over his marker, the 18-year-old Zeno Debast, to give Louis van Gaal his 37th victory in his three spells in charge of the national side, equalling the record for a Dutch coach held by Dick Advocaat.

Belgium, whose own coach Roberto Martinez had to sit in the stands after being given a red card at the end of last week’s win over Wales, had a chance for a perfect start after only four minutes, with Eden Hazard set up by Amadou Onana only to blast his shot wide.

There were other first-half chances for Michy Batshauyi, Axel Witsel, Timothy Castagne and Onana as Belgium had the better of the half's opportunities while their goalkeeper Thibaut Courtois was largely untroubled.

The Dutch improved after a pair of halftime changes and Denzel Dumfries, Steven Bergwijn and Davy Klaassen were all thwarted as the home side began to find more room and Belgium lived dangerously at the back in the last stages of the game.

Belgium might well have forced a draw as a spectacular effort from substitute Dodi Lukebakio came within inches of a last gasp equaliser with the final kick of the game.

"We wanted to win but it wasn’t a great game. We could have done better but we also had to work hard against a team with a lot of quality players. But winning was the most important," van Dijk told Dutch NOS television after the match. 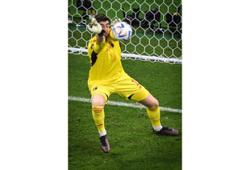 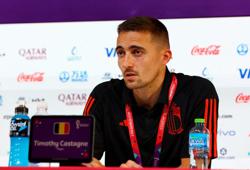