The 33-year-old Polish international was on his way to evening training when a person opened the passenger door of a car and took the watch as Lewandowski was greeting fans.

Police quickly arrested a suspect and Lewandowski got his watch back before participating in the practice session ahead of Sunday's LaLiga game at Real Sociedad.

Lewandowski joined Barca for about 45 million euros last month from Bayern Munich after helping the German side win many trophies including eight Bundesliga titles and the Champions League.

(Reporting by Tommy Lund in Gdansk and Christina Thykjaer in Madrid, editing by Ed Osmond) 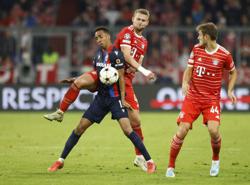