PETALING JAYA: The lack of sting in front of the goalmouth was so appalling that it was no surprise that Selangor lost again in the Super League.

It was a bad start for interim head coach Nidzam Jamil as the Red Giants fell 0-2 to Terengganu at MBPJ Stadium on Wednesday.

Their attacking force did not have the killer instinct at the front as Nidzam, who replaced the out-of-favour German Michael Feichtenbeiner last week, watched in despair as the once mighty team suffered their sixth defeat of the season.

The result means Selangor dropped to the last four rung in the Super League with 16 points from 14 matches.

The former Felda United manager said all parties including coaches, players and management need to pull together instead of being divided to ensure that the team can work towards a desired result.

“Selangor should not panic in this kind of situation,” said Nidzam.

“Terengganu are also lucky to have a player like Faisal Halim who has been making a lot of difference.

“In the second half, we changed our tactics and our attitude a bit, so I expected us to get a goal but it didn’t happen.

“I think our forwards also need to have a better killer instinct after this because creating chances and scoring goals are two different things.

“For me, there is no issue with the commitment of the players, maybe the first half was a little loose, but we played well in the second half.

“We need to get a result after this,” he added.

The home fans also showed their dissatisfaction by booing and unfurling banners with scathing attack on the team from the stands.

However, Nidzam did not blame the supporters.

“The reaction from the audience shows that we didn’t give a good result, that’s a natural response from them. We understand that in football things like this can happen,” he said.

In Kuching, Sarawak United and Petaling Jaya City ended up sharing points in a 0-0 draw at the State Stadium.

Hosts Kedah were also held to a 1-1 draw by Sabah, who strengthened their second position in the Super League.

The east coast side now have 35 points from 16 matches. Johor Darul Ta’zim leads the Super League with 38 points and have only played 14 matches. 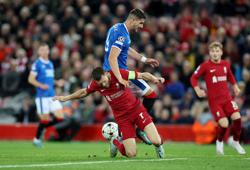