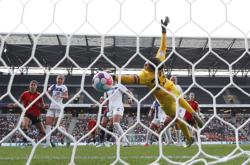 (Reuters) - Real Sociedad forward Amaiur Sarriegi has been added to Spain's squad for the women's European Championship, the Spanish football federation (RFEF) said on Wednesday after Alexia Putellas was ruled out of the tournament due to a knee injury.

Women's Ballon d'Or winner Putellas tore her anterior cruciate ligament in training, dealing a major blow to Spain who are one of the favourites to win the 16-team continental tournament.

Spain are already without all-time top goal-scorer Jennifer Hermoso, who is also injured.

Sarriegi was part of Spain's provisional 28-player squad before that number was cut to 23 last month. The 21-year-old has scored 11 times in 12 matches for Spain.

The Euros begin later on Wednesday with hosts England taking on Austria in Manchester, while Spain, led by coach Jorge Vilda, start their campaign against Finland on Friday.

(Reporting by Manasi Pathak in Bengaluru; editing by Clare Fallon) 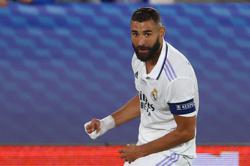